Habeeb Okikiola, better known by his stage name Portable, a Nigerian artiste, has purchased a new car for his father.

To surprise his father, he bought a new blue Toyota apparently valued N3 million and drove it to their family home.

On Wednesday, February 9, the rising star released a video of himself gifting the automobile to his father on his Instagram page.

Portable also presented his charming younger brother, who enthusiastically joined him in filming the video.

His father was beaming, but he seemed so taken aback by the gesture that he didn’t say anything on the video.

Watch the video below: 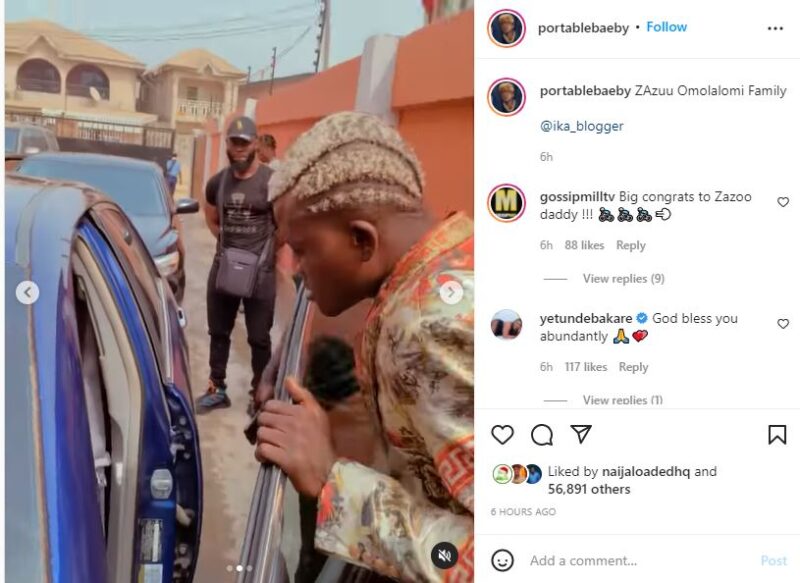