The police in Osun state have arrested two siblings, Faseun Afolabi and Fadare Afolabi, alongside their four complices for killing a man and selling his heart for fifteen thousand Naira alongside his other bodyparts. 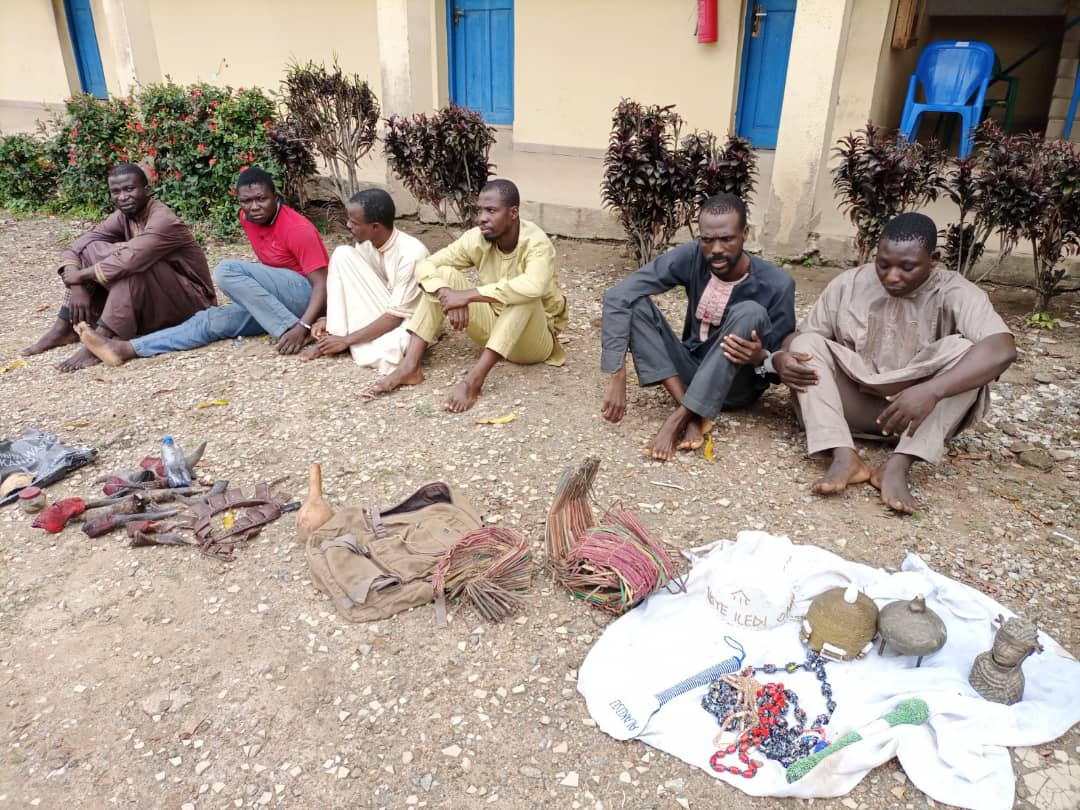 Parading the suspects before newsmen, the state Commissioner of Police, Olawale Olokode, said that on May 24, the victim’s mother lodged a complaint to the Police that her son Fasesan Ayoade Moses, 35, left her home for his studio and did not return home.

Olokode said upon the receipt of the report, police detectives from the Anti Kidnapping unit swung into action and conducted a diligent intelligence-led investigation which yielded the arrest of one Faseun Afolabi.

The police boss said the suspect who initially denied having knowledge of the whereabouts of the victim but confirmed that he knew him, finally confessed to have conspired with two of his cohorts Fadare Afolabi, his brother, and Taiwo, surname yet unknown, to kill the victim.

”They also confessed to have butchered and sold the heart to Adeleke Kabiru at the cost of N15,000.00 while the head, leg and wrist were sold to Adeleke Kabiru ‘m’, Oloyede Maruf ‘m’, Oseni Mukaila ‘m’ and Badmus Sairu ‘m’.  In view of this fact, the investigation team took immediate action and succeeded in arresting all the suspects mentioned except the said Taiwo now at large.

The principal suspect led the detectives to Fidibomi Area of Ikirun where the victim was killed, butchered and the remaining parts buried.  The remains of deceased was exhumed and taken to UNIOSUN morgue for autopsy where the mother of the victim identified the last cloth worn by her son (victim).”the police boss said

Olokode said efforts are ongoing to nab the fleeing suspect and the arrested ones will be charged to court after the conclusion of an investigation.